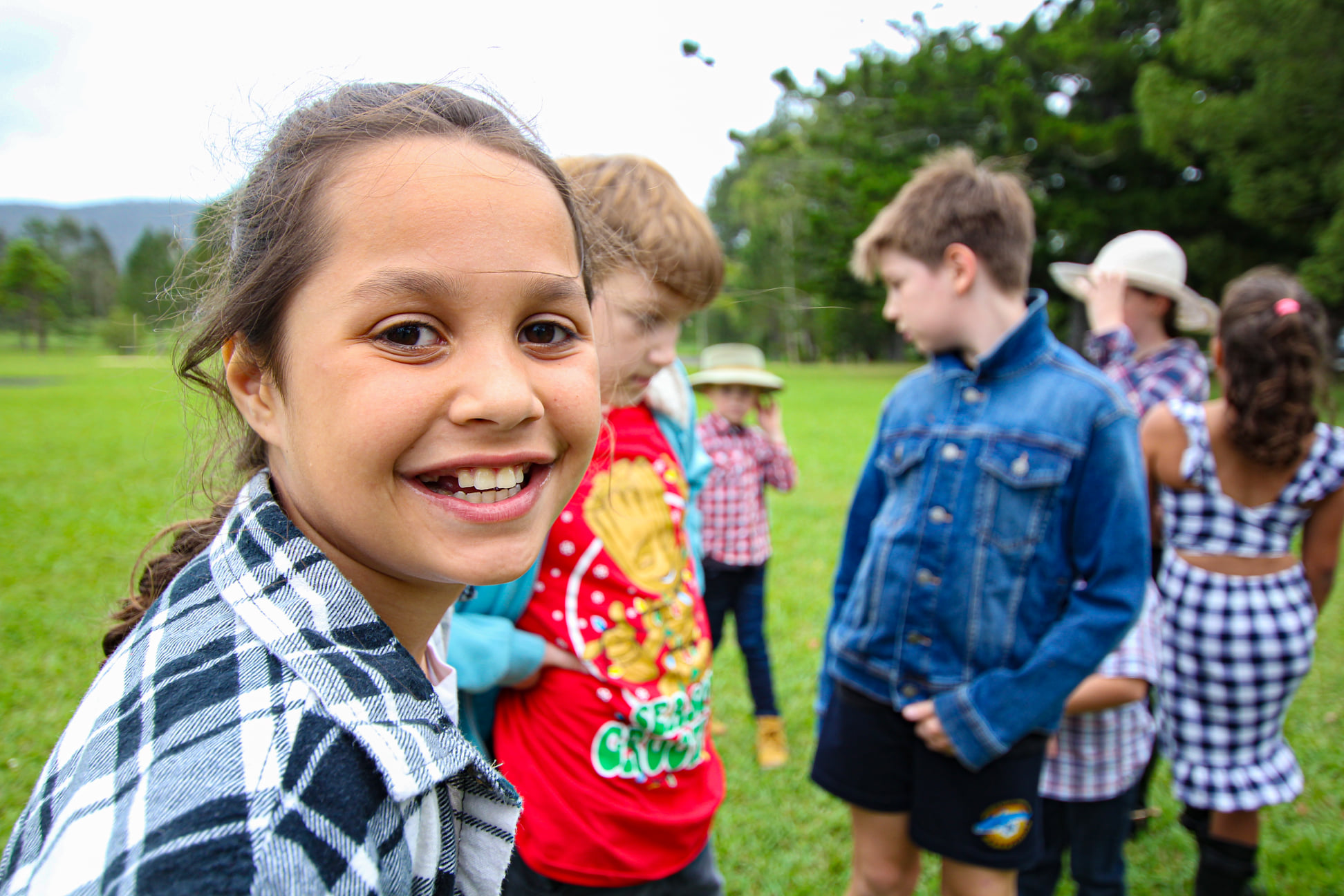 Being a Principal of a school in a remote regional community can be challenging enough at the best of times but throw in a pandemic hot on the heels of a prolonged drought and a catastrophic bushfire season and the challenges grow exponentially.

These have been the work-life challenges for Narelle Kessey, Principal of Nabiac Public School who says some of the things she’s had to deal with in recent months “were certainly not in the handbook” like having to tell parents that they’re not allowed onto the school grounds to pick up their children.

In her first Principal role, Narelle says what she loves most about her job is the fantastic sense of community, the parents and the local businesses who are so involved with and supportive of the school. “They see the school as being a fairly pivotal part of the community and therefore they have a high level of interest in the school. “

That sense of community came to the fore during the 2019 bushfires when the school became non-operational for a week during the peak of the fires in mid-November. Narelle was using social media as much as possible to keep parents informed of the situation and backing it up with phone calls, sometimes 60 a night to ensure all parents had the latest information.

“The families were very appreciative of this and it was also an opportunity for me to provide a little comfort to those who had been directly impacted by the fires, by having to evacuate or fight the fires. “

The community spirit of Nabiac Public School shone through when the bushfires began to subside and they turned to another nearby school community to lend a hand. The Bobin school west of Wingham had been destroyed on that catastrophic bushfire day of Friday 8th November so Nabiac Public School decided to create a reverse advent calendar that generated a trailer load of donations to the Bobin school community.

The spirit of giving during this bushfire period reinforced everything Narelle loved about moving from a larger school at Forster to the smaller rural community school of Nabiac.

Narelle respects that the Nabiac school has traditional country community values which are vastly different to her last posting at Forster where she says the differences are like chalk and cheese. “It’s my job to really ensure that we continue to embrace those country values and standards and to incorporate and share those community values like speaking and behaving appropriately and being respectful in everything we do.”

Second only to the close knit Nabiac community is the amazing staff Narelle has at her school.

“Our staff have such a can do attitude because they know everything we do is in the best interests of the kids.”  And true to that old adage that actions speak louder than words, following the March Covid19 lockdown period when students returned to the school, Narelle and her staff made sure they were on the front gate each morning and afternoon to say g’day to the parents and have a catch up.

“Being at a smaller school enables you to get to know the parents by name and have those one on one conversations. “

The Linking Schools and Early Years (LSEY) Program in Nabiac and Coolongolook was established with the aim of ensuring that all children living in the community start school “ready to learn”. The project framework was implemented with the support of the Centre for Community Child Health with facilitation support from Mid Coast 4 Kids.

Narelle says that working with Mid Coast 4 Kids as part of the Linking Schools and Early Years (LSEY) program has been really valuable to see other organisations and groups working really hard to support families, particularly those with young children.

“It’s about making sure parents are informed about the choices they have, the services they can access and it’s ok to say that you need some help or don’t know something. It’s also been great to see the way all the various groups work together with that common focus around making sure that kids and families make that smooth transition to school…to make sure that when kids come to school they’re ready and the parents are prepared for what school looks like and they’re involvement in it.”

Narelle says that it’s also a positive for her school to know there are supports available through LSEY that deliver great opportunities for children such as the Lego Play and Drumbeat programs. We have also had books donated to go into the school’s orientation packs, we have had an artist come and paint a mural around the school’s learner dispositions and more.

“It’s just a lovely partnership and it’s great to not be afraid to take on the challenges and ask the hard questions around issue such as pre-school screening for hearing and vision. I think it provides a model that can be used in other school and health regions.”

Thank you Narelle for your dedication to childhood education and community-based schooling.

The Resilience Project launches in the Midcoast

What do we mean when we say systems change?

The Resilience Project launches in the Midcoast

What do we mean when we say systems change?

Tweets by midcoast4kids
Scroll to Top